Herbs are used to enhance and enrich the foods we eat. They are small fragrant plants that are used in medicines, beauty products and foodstuffs. Herbs are easy to grow and source locally. Nourish your mind, body and soul this Autumn with herbs in Northumberland and Scottish Borders.

Are Herbs Good For You?

And God said, Behold, I have given every herb bearing seed, which is upon the face of all the earth, and every tree, in which is the fruit of the tree yielding seed; to you it shall be for meat.
Genesis 1:29

If you think back to the Days of Yore, what did folks use as medicine? Plants they sourced from Mother Nature herself. Herbs are tiny little nutritional powerhouses. Gram per gram, fresh herbs are some of the most nourishing foods on the planet.

Herbs are known as alkaline foods. Alkaline foods are thought to balance out our bodies pH levels, especially as the Western diet is notoriously acidic. Herbs are full of antioxidants and minerals such as potassium, iron, calcium, manganese, magnesium and selenium. Furthermore, their vitamin content is wide and varied which includes B-complex vitamins, beta-carotene, folic acid and vitamins A, C, E and K. Herbs are renowned cancer-fighters, for boosting brain function, aiding digestion, increasing circulation and have inflammatory and antiviral properties.

Using herbs to flavour foods enables you to cut down on salt/sodium to a meal. Sometimes it works out that things that taste good are also incredibly good for you.

All around the world, dating back thousands of years, is the culture of using herbs to sustain health. Many ancient cultures from Egyptian Medicine, which then spread to Greece and Rome and from there the rest of Europe, Traditional Chinese Medicine (TCM) and Ayurveda from India, all relied on plants remedies as their source of medicine.

Back in the ancient empires of Greece and Rome, dill was used to purify the air and oregano was believed to bring good luck, good health and bliss.

Hippocrates, known as the father of medicine, listed around 400 herbs commonly used as tinctures[2]. Another Greek, Pedanius Dioscorides, a Roman army doctor, wrote an influential herbal book called ‘De Materia Medica‘ describing the use of herbs for medicinal purposes. Dioscorides was a student of Plato and a friend of Aristotle and is the earliest known botanical author in Europe[3].

In medieval times, using herbs as a nosegay was popular, as bathing was irregular in those times. On the other hand, herbs were also associated with witchcraft and paganism and many people were burned by the Catholic church[2]. The use of herbs in popular culture fell out of favour at the height of the Renaissance and Enlightenment era.

These are herbs that can be grown or found locally. From the woody scents of thyme to the fresh, light taste of basil, there’s a flavour for everyone.

Basil is originally from India, but it grows well in our climate. It is Britain’s favourite herb. Used in many Mediterranean dishes, salads and soups. Basil doesn’t like to cold so it needs to be brought indoors in the winter time.

Chives used to be hung around houses to fend off evil spirits. They are a sturdy, low-maintenance herb. The whole herb can be eaten. The stalks, the flowers and the bulb used in various ways from salads to soups.

Coriander is known as other names such as Cilantro or Chinese Parsley. Coriander is commonly used in Asian dishes, but can also be used in Mexican cuisine. The herb is annual, so needs to be replanted yearly, and has a short growing season. Coriander seeds can be ground to create a lemony tasting spice.

Dill is commonly used to accompany fish such as smoked salmon. Dill has a short growing season and needs to be replanted annually, but it is easy to grow. The word dill comes from old Norse dylla which means to soothe.

Lavender is a fragrant shrub that is related to mint. Lavender is commonly grown to attract bees and its oil is commonly used to treat anxiety and sleep problems. The oil is also commonly used in cosmetics. Lavender oil is toxic to consume but the plant form is edible. The sprigs can be used to make tea and added to baking.

Common mint is also known as spearmint. Mint, like chives, is also a perennial herb. Mint can be made into sauces, like mint sauce and the leaves are commonly used to make herbal tea. Mint tea is commonly used for it carminative properties. Peppermint is also a variety of mint and is distinguished by its strong menthol taste and aroma.

Nettles are found in most grassy areas surrounding us so this is something we don’t necessarily need to grow or buy. We avoid them after sustaining many stings around the shins in our youth, but the stinging nettle is actually a nutritive herb. The common stinging nettle can be used as a food or a medicine. When cooked, nettle is similar in taste and texture to spinach.

Nettle leaf tea is commonly used to soothe allergies, such as hayfever. It can also be drunk, in moderation, to benefit the urinary tract and skin problems[4] such as acne.

Flat leaf parsley is more common and hardier than its curly cousin. Curly parsley is darker and has a milder taste. Parsley can be used as a hangover cure.

Rosemary is believed to be associated with good memory. The strong scent of the leaves was believed to prevent forgetfulness and quicken the mind. Rosemary is an evergreen shrub, so it is a herb which is available all year round. Rosemary commonly accompanies rich, roasted meats such as lamb. Rosemary tea can be drunk to cure a hangover.

Sage is a strongly flavoured herb. The herb comes in green, white and purple forms. It is commonly used in British cooking and often paired with pork. Sage grows all year round. The ancients used this herb to soothe ulcers and snakebites.

Sea buckthorn can be found along the North-East coast of the Scottish Borders and Northumberland. It is a hardy shrub which has recently come to prominence for its health properties. Wild and Scottish have created 2 varieties of Sea Buckthorn juice which has been hand-harvested and hand-pressed in the Scottish Borders.

Tarragon, a perennial herb, is slightly more difficult to grow than the other herbs. Tarragon is widely used in French cuisine. Think rich creamy sauces, such as Bearnaise, with mushrooms or chicken enriched by aromatic tarragon.

An aromatic herb, thyme accompanies dishes such as chicken and roasted vegetables. It pairs well with lemon and garlic flavours. In the Middle Ages, it was drunk as a tea and the Greeks used it in baths.

Ways to Use Your Herbs

Tisanes, or herbal teas, are a great way to stay hydrated. It can be quite simple to make your own herbal tea infusions. You can use fresh herbs and steep them in water, or you can purchase dried tea leaves. A good morning herbal infusion is Rosemary tea. It is thought to be an energising herb which promotes blood circulation and stimulates the digestive tract after a night’s sleep.

For the evening, calming teas such as mint can ease upset, bloated tummies and is full of immune-boosting vitamins such as B vitamins and potassium. 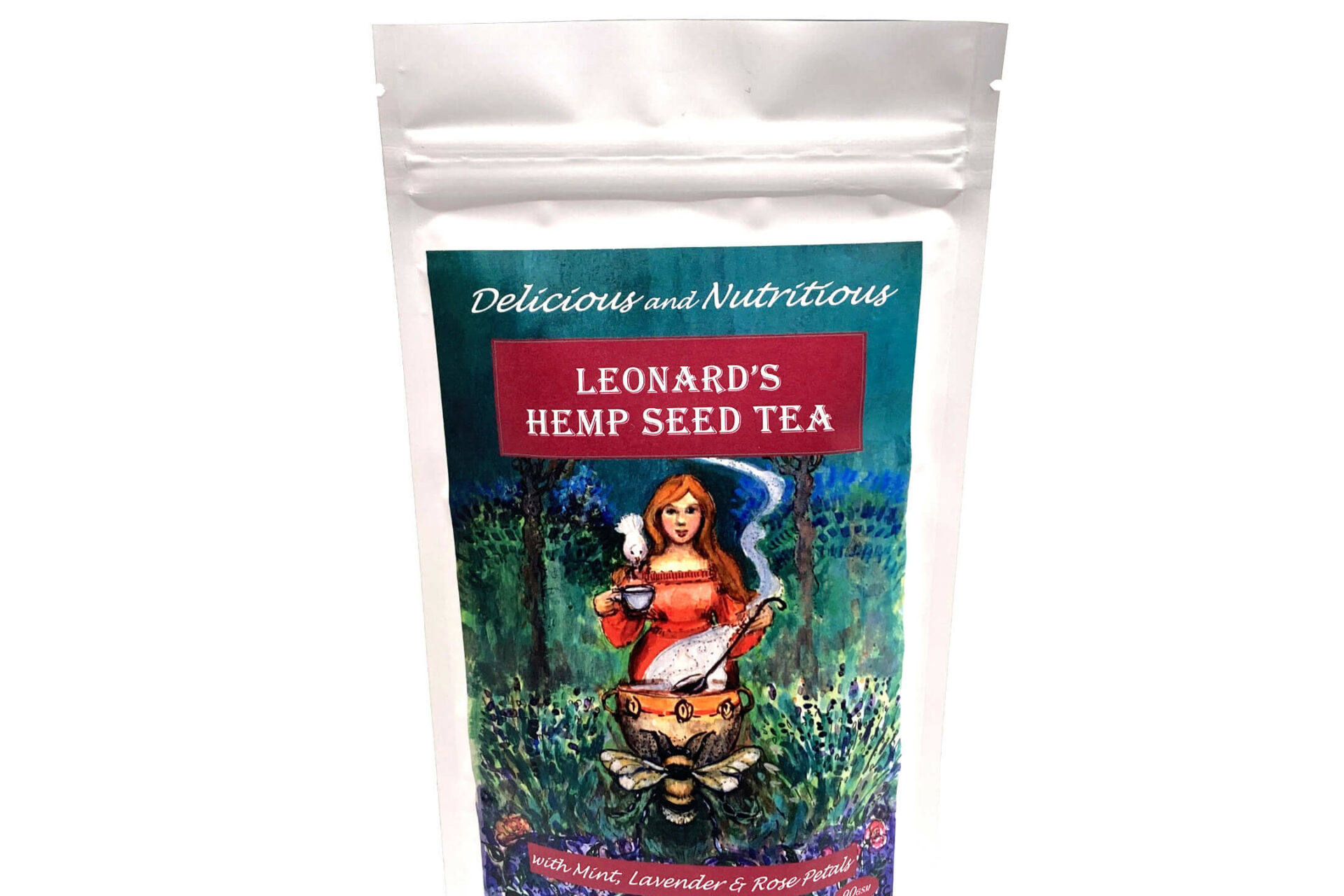 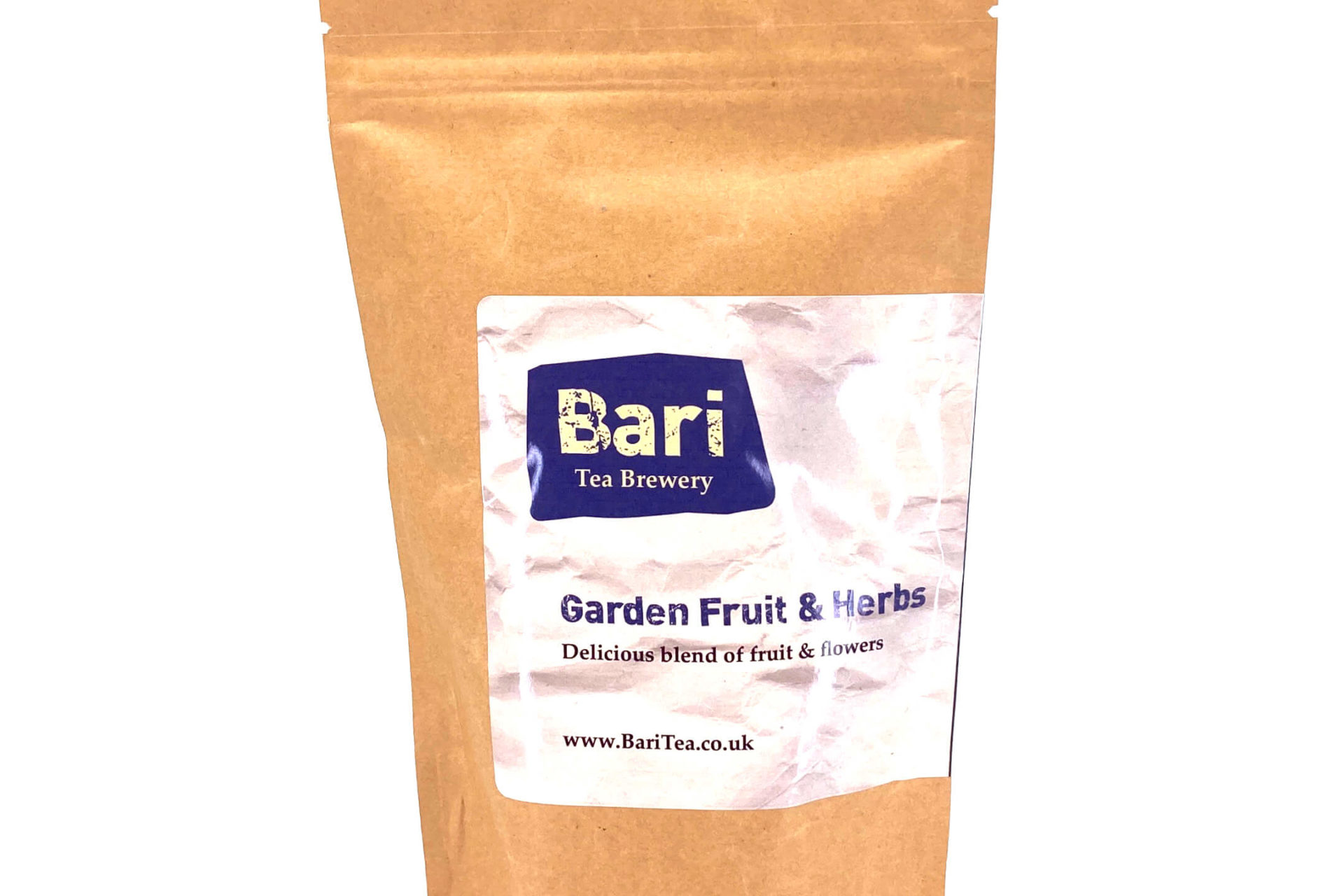 The Heavenly Herb Company, based near Hexham, uses wild or organically grown herbs to create simple, natural products. Their products are stocked at various local outlets including the Corbridge Larder. Their products include herbal creams, tinctures and teas. The tea range includes the Serenity Blend of chamomile and lavender which is best enjoyed in the evening or the Purity Blend of nettle and elderflower.

Another drink which is heavily influenced by herbs is gin. Gin’s flavour is dependent on various botanicals. Locally made gins’ tastes are reflected by the terroir. For instance, Hadrian’s Wall Gin is inspired by history as well as the local surroundings. Herbs such as mint, chamomile, coriander and angelica reflect the impact the Roman’s had on our culture.

Herbs can be used in a variety of savoury and sweet sauces and spreads. They can enhance or cut through rich flavours. Why not try Deluxe Lavender Jelly by Willow Cottage Preserves? Or how about drizzling soups and salads with basil-infused oil by Borderfields? Other common ways to use up herbs are salsa verde, mint sauce, chermoula and pesto.

Add to salads or soups

Adding fresh or dried herbs can instantly change the flavour of your dish. Stalks and more sturdy herbs such as thyme can be added during the cooking process and the tender leaves of herbs such as basil and parsley are better added at the end of a dish in order to retain their nutrients and flavour.

Some herbs are particularly nice when used in baking. Floral herbs such as lavender are the most popular choice. Why not visit Lavender Tearoom in Etal to taste their homemade lavender scones and lavender cake?

Herbs can complement the flavours of animal products. Woody, strong flavoured herbs such as rosemary can withstand longer cooking times in dishes such as stews and curries. Why not try goat meat from The Goat Company in Morpeth and complement it with rosemary to make a hearty goat tagine? Goat meat can be cooked like beef, it is similar in texture and flavour but less saturated fat.

Herbs can also be used to accompany cheese. One of the most popular cheeses by The Northumberland Cheese Company is their nettle cheese. The cheese is a modern-style cheddar with fresh herby undertones without the sting!

You can source locally grown herbs from farm and deli shops or through a local veg box scheme. Or why not grow your own and share your freshly grown herbs with friends and family? Herbalicious!

Disclaimer: Please do not self-medicate without seeking medical advice. This article does not intend the reader to consume copious amounts of herbs at one time. It is merely to include herbs as part of a healthy diet. 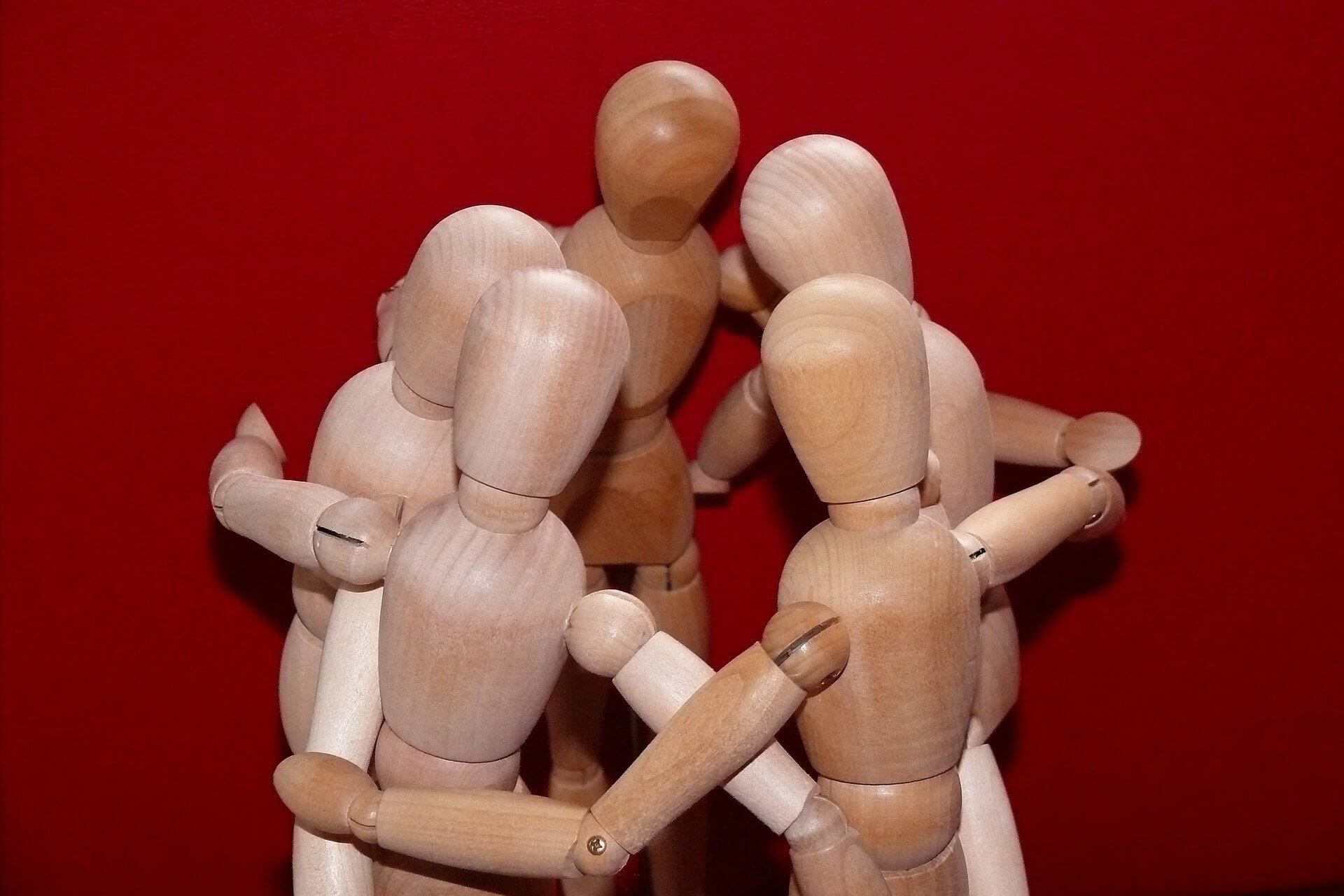 Healthy Foods for a Healthy Prostate 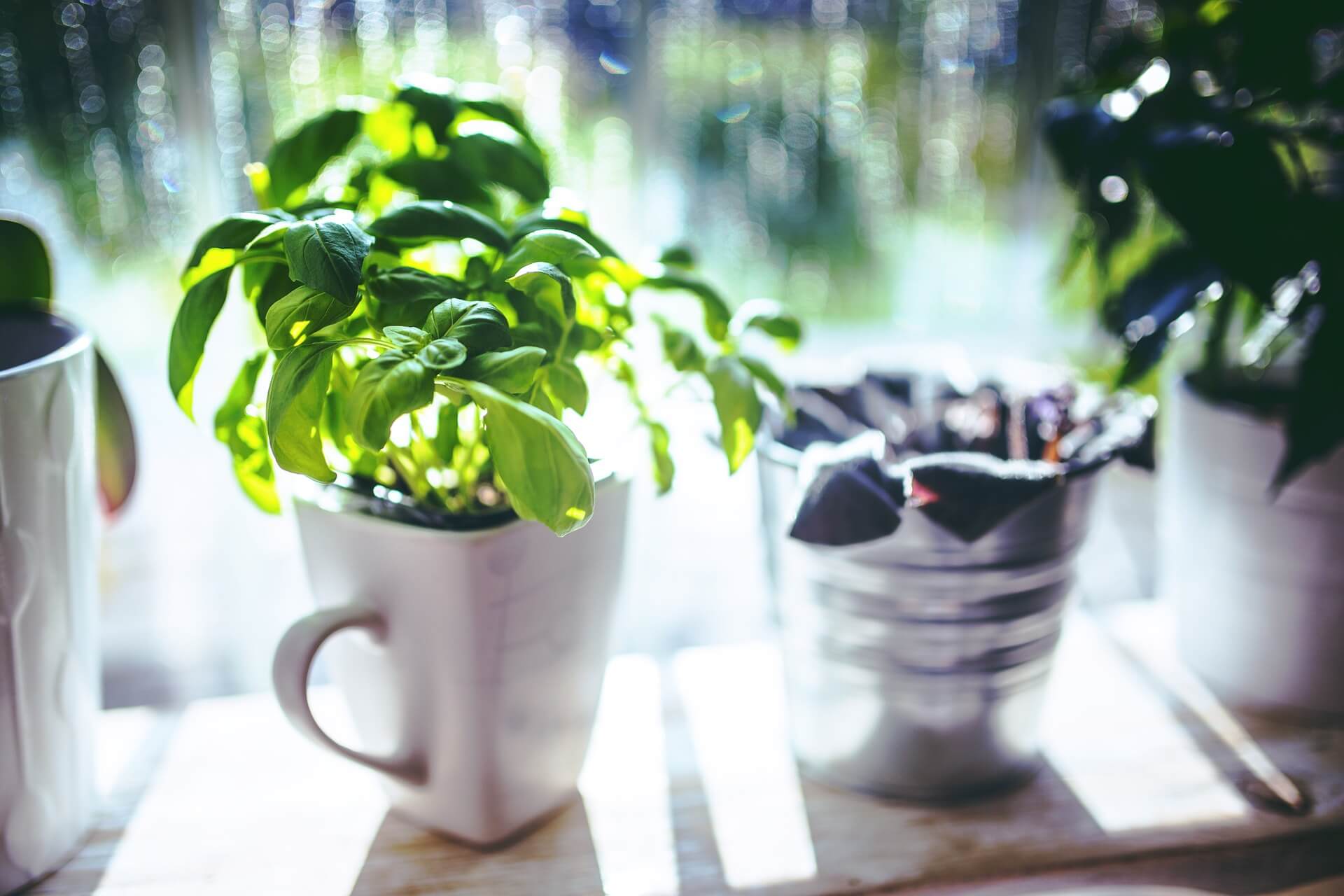