Chocolate Week, in its 14th consecutive year, aims to promote the fine flavours of chocolate, from the independent artisan chocolatiers to the chocolate companies who work in direct partnership with cocoa farmers, encouraging consumers to pay a fairer price for their chocolate. This Choc-tober support your local chocolatier in Northumberland.

What you see before you, my friend, is the result of a lifetime of chocolate.
Katherine Hepburn

Chocolate is made from cocoa solids, cocoa butter, sugar and lecithin. These 4 ingredients form the basis of plain chocolate. Additional ingredients, such as milk, nuts, fruit and flavourings may be added to create a wider range of products.

Recently, chocolate, or rather cacao, has been hailed as a superfood. Advocates of chocolate believe that by eating good quality dark chocolate, we could experience a plethora of health benefits including a reduction in stress levels, an incredible source of antioxidants and minerals which are good for heart and brain function and an increased libido. Cacao is believed to contain a number of psychoactive chemicals that stimulate the body. Now before you drop the bar in fear of a spaced-out trip, these chemicals can have positive effects on our bodies.

Chocolate contains both sugar and caffeine; both stimulate the brain and nervous system and are seen as rewards because of how they react in the body. Chemicals in chocolate affect neurotransmitters, in particular, dopamine which is involved with reward-motivated behaviour and gratification. Chocolate consumption can release dopamine to specific parts of the brain including the frontal lobe, hippocampus and hypothalamus[1]. All these areas of the brain play a part in explaining why chocolate is believed to be remembered and enjoyed with happy memories. It appears more than a food but less than a drug; chocolate is in its own category.

Is one of the main 4 lobes of the brain. It rules our personality traits and judgements[2].

Plays a role in long-term memory and our fight or flight response. It also regulates emotional processes[3].

Situated beside the pituitary gland, the master gland of the brain, this part of the brain manages many bodily functions of the endocrine system, including controlling emotions and hormone production[4].

Another neurotransmitter that is affected by chocolate consumption is anandamide. Its name derives from ‘Ananda’ which is Sanskrit for ‘joy, bliss, delight’. Anandamide stimulates the brain in a similar way to cannabis[5]. A study conducted in Finland discovered that chocolate reduced stress in expectant mothers and that their babies smiled more often than those who had not consumed chocolate during pregnancy[6]. Our chocolate obsession could be linked to this. Chocolate has a similar fat and sugar ratio content as breast milk which could explain why we crave and are emotionally invested in chocolate.

Happiness. Simple as a glass of chocolate or tortuous as the heart. Bitter. Sweet. Alive.

Chocolate is generally made up from cocoa mass, cocoa butter, sugar and a lecithin. But what are these ingredients?

It is the edible fat extracted from the cocoa bean which makes up over 50% of the cocoa nibs mass. It is a major ingredient in all types of chocolate. Cocoa butter melts at body temperature which is why chocolate melts in your mouth. Cocoa liquor, which is basically the bean after it has been fermented, dried, roasted and separated from its skin, is high-pressure pressed so the fat separates. the cocoa butter, from the cocoa mass, the powder.

Is cocoa powder. It is responsible for the colour, flavour and health benefits (flavanols and antioxidants) of chocolate. It is the non-fatty portion of the cacao seed and affects chocolate’s aroma.

Is actually a natural fat found in many foods such as eggs, soy and cruciferous vegetable fat, usually in the form of soy lecithin in chocolate, but can also be from sunflower. Lecithin keeps ingredients from separating, improves shelf life and makes chocolate more affordable to make.

The amount of cocoa in the chocolate. Cocoa solids are a combination of cocoa mass and cocoa butter. It is usually denoted on the bar e.g. dark chocolate 70% cocoa solids. The remaining percentage is the accumulation of other ingredients such as vanilla, sugar and lecithin.

Tempering chocolate is an important step for a chocolatier. This process creates glossy, smooth chocolate so it can be ready to be poured in moulds and made into bars. This can be a time-consuming process as chocolate needs a consistent temperature which then affects the time it takes to temper. If this process is not done correctly the chocolate can look dull and grey and ‘blooms’ quicker.

In Berwick-upon-Tweed, down an unassuming lane off the high street, is Cocoature, a chocolate boutique.

The dark chocolate is the most popular as it is a combination of different blends to create a bar with a cocoa solid content of 54.5%. This allows the bar to rich like dark chocolate without the bitterness of a higher percentage. This chocolate is a favourite among all ages.

The handmade truffles flavours are changed regularly and many customers pop in the shop to discover their new favourite flavour.

You can purchase locally made chocolate by visiting the Cocoature shop.

Mocha Mondo, although better known for its coffee, also makes chocolate from ‘bean to bar’. In simple terms, bean-to-bar means that the producer has sourced beans and roasted and ground the nibs in order to make ‘in-house’ chocolate.

Mocha Mondo is the only business in Northumberland to offer bean-to-bar chocolate and allows the business to have total control of the production. Mocha Mondo‘s chocolate is soya-free. Most chocolate contains lecithin, usually soya, however, Mocha Mondo uses sunflower lecithin. The bars are available in white, milk and dark varieties as well as mocha and cappuccino flavours. The mocha and dark chocolate flavours are both vegan-friendly.

You can visit Mocha Mondo in Amble or order online to get your chocolate and coffee fix in one.

Cabosse is a chocolate and patisserie shop in the quaint village of Warkworth. There is a wonderful selection of handmade chocolates, pastries and truffles but perhaps the star of the show is the quintessential le chocolat chaud. The French come up trumps with hot chocolate making. Real, high-quality chocolate is a must as well as whole milk and full-fat cream to create a thick, luxurious treat.

A hot chocolate is perhaps the best and most indulgent treat during the colder months. It became a popular drink with French aristocracy in the late 17th century, as it was renowned for its aphrodisiac and energising properties. Today, the French still enjoy this indulgent beverage and there are many world-famous venues to enjoy le chocolate chaud including Angelina!

At Cabosse, the hot chocolate may come in a small cup, but it is big on flavour. The hot chocolate is accompanied by a jug of cream to adjust the richness of the thick chocolate drink. If hot chocolate isn’t your thing, why not try the Cafe Gourmand which includes filter coffee, a handmade chocolate and a mini viennoiserie.

Chocolate making is a science. It’s not simply a matter of grinding beans, pouring into moulds and voila chocolate! Chocolate-making requires patience and time. Chocolatiers melt down chocolate to change its flavour and shape[1]. It is a food that can be experimented with in so many different ways.

Craving some local chocolate? Taste the difference and get your fix locally in Northumberland during the nation’s favourite food-themed week! 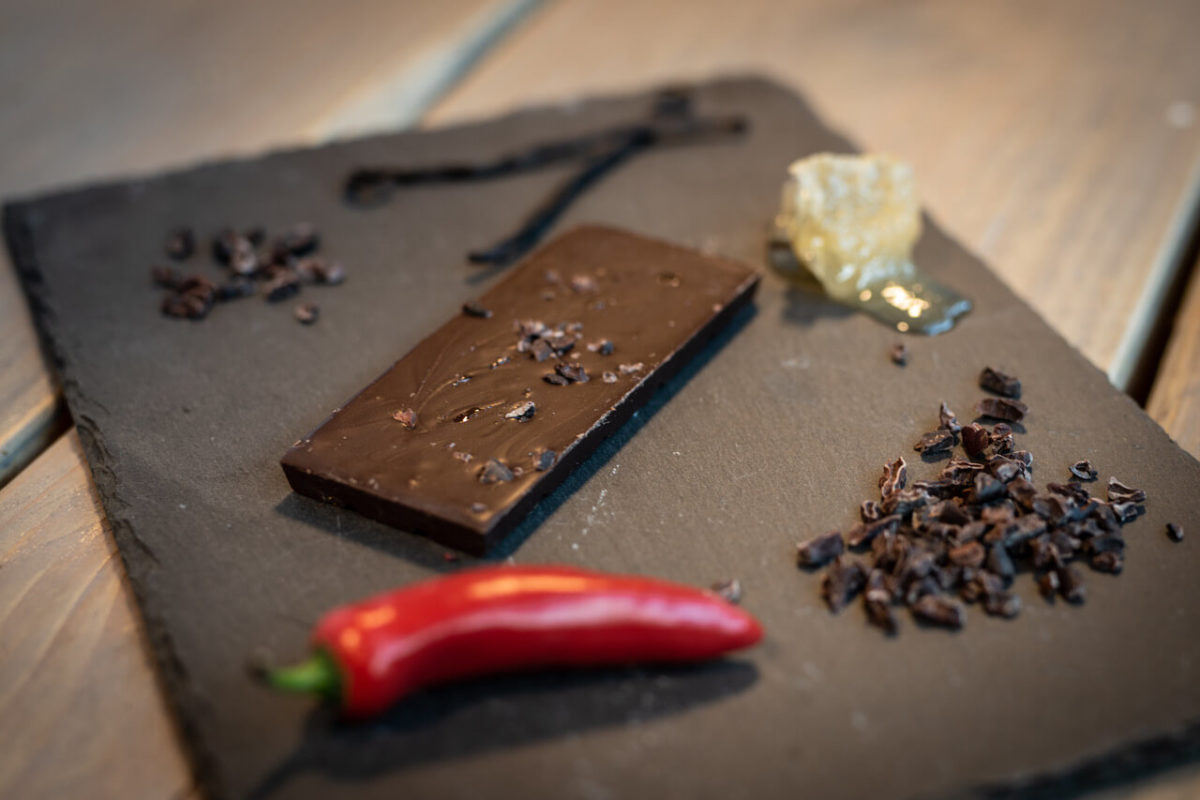 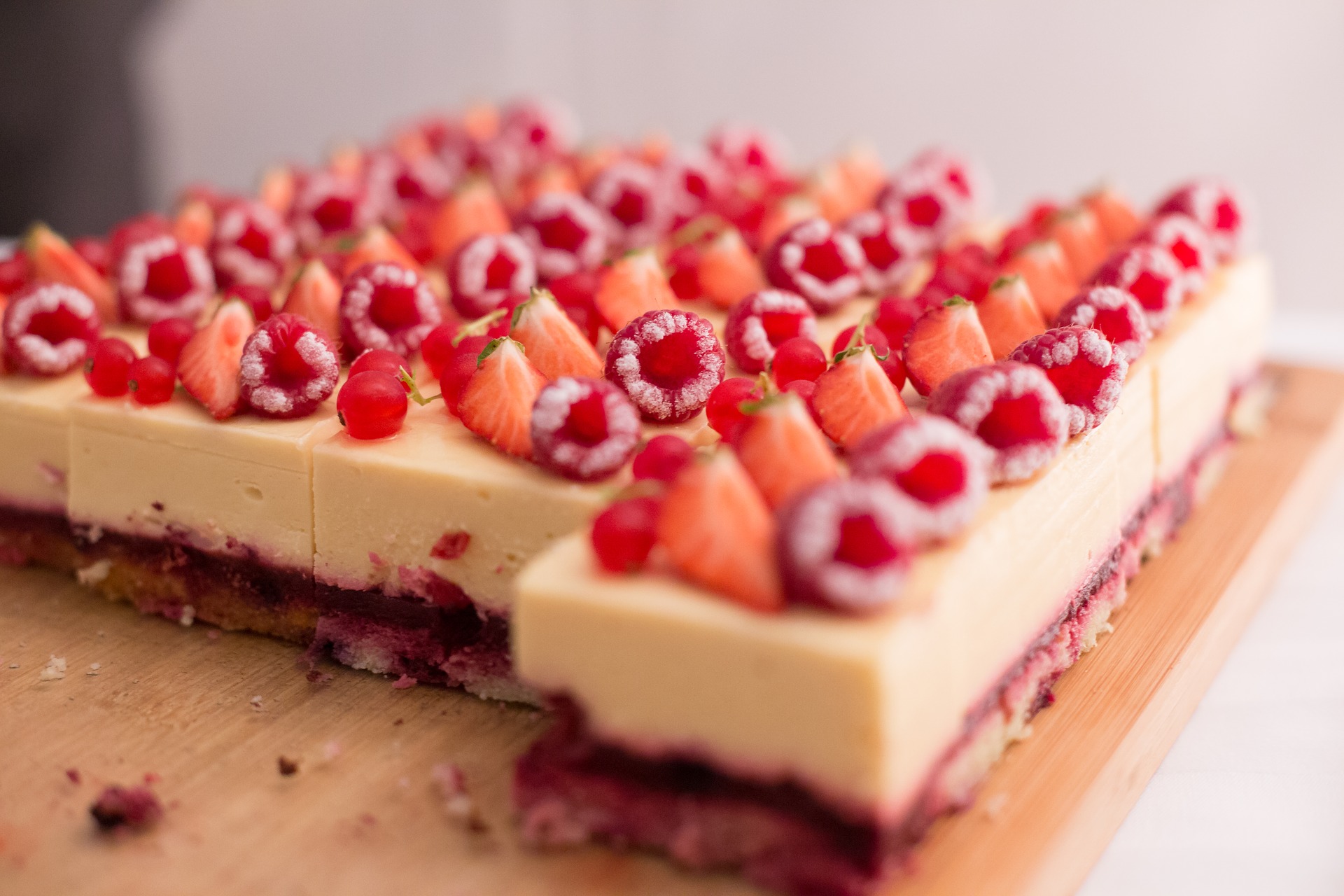 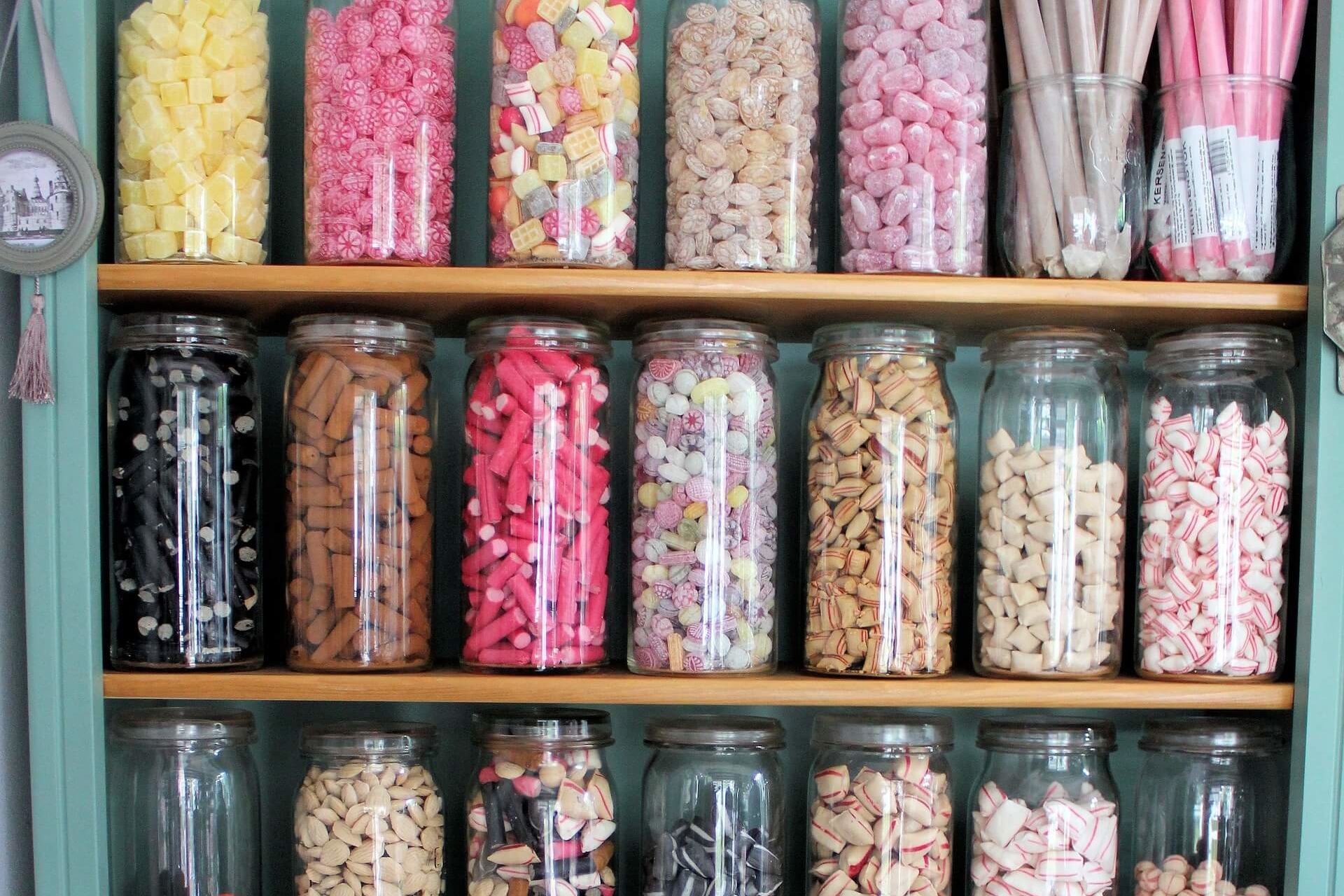 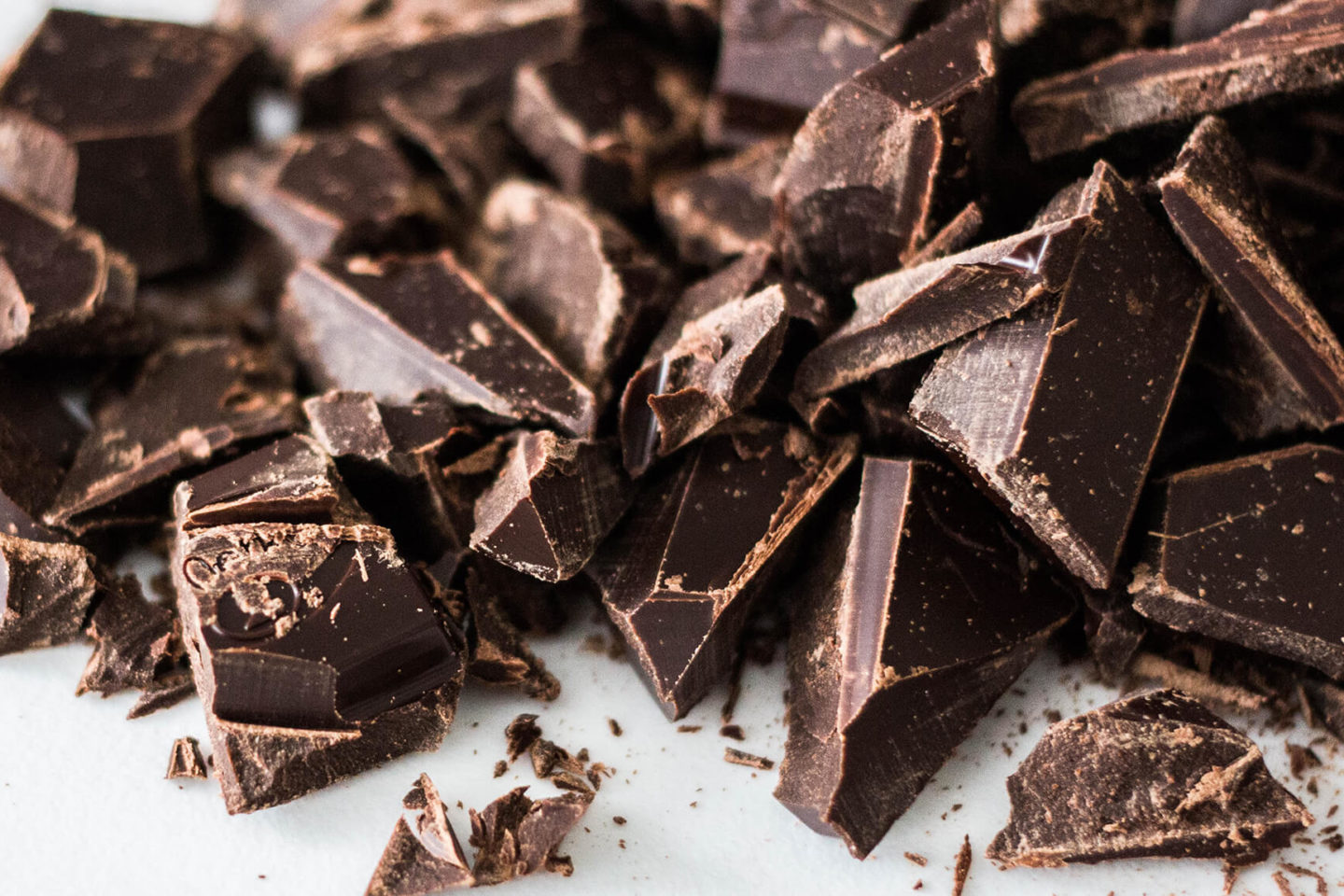